Separation under one roof

The both of you no longer share meals together, or sleep in the same room, or engage in social activities as a couple. You might be wondering: are you therefore separated?

Establishing that you are separated is important if you want to apply for divorce. Based on the Family Law Act 1975, the only ground for divorce is when the relationship has broken down irretrievably. A divorce application can be made after 12 months of separation.

There are three elements to separation: intention, action and communication. There has to be:

It should be noted that the intention of separation can be communicated directly or indirectly and there is no fixed way of communicating intention.

Separation may also occur under one roof. Therefore, a married couple may be separated even if they live together.

In the case of Todd, R.W and Todd, Y.D (No. 2) (1976), the wife left the family home, taking the children with her. A year later, she moved back into the family home, with the children, against the will of the husband. The wife, husband and children continued to live in the family home for a year. The judge found that that they were separated even after they resumed cohabitation.

The judge held that ‘separation’ is more than physical separation – it involves the destruction of the marital relationship. There are many elements to a marriage: living under one roof, sexual intercourse, recognition of the marital status in public, shared finances and so on. Hence, whether a marital relationship has ended will depend on a variety of these elements.

Conversely, if a couple no longer lives together, but continues to act as a married couple, the Court may not find that they are separated. In the case of Campbell and Cade [2012], even though the husband left the home, they still maintained a sexual relationship, attended social functions as a couple and operated a joint bank account. It was found that they had not separated.

While there is no need to apply for a divorce, a de facto couple’s separation will be assessed on the same factors.

What if we have sex while being ‘separated’?

In the words of Judge Watson, “casual acts of sexual intercourse do not constitute an interruption of separation.” A sexual relationship is merely one element among many elements in a marriage. Therefore, if there is an irreconcilable breakdown of other aspects of the relationship, there may still be separation.

If you wish to apply for divorce while still living with your spouse, you should be mindful of the cost and time of proving ‘separation’, such as preparing an Affidavit and corroborating witnesses to establish your case.

Your Affidavit must provide supporting details such as how your relationship is presented to family and friends, whether a sexual relationship exists, whether there is financial interdependence, whether the intention to separate has been communicated, and so on in order to establish ‘separation’. It is advised for an experienced family lawyer to review the Affidavit before filing it with the Court. 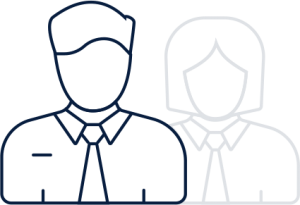 We have decades of experience in the area of Family Law - advocating for our clients to achieve the outcomes they desire.

Engaging in collaborative law can lead to saving costs financially, emotionally and psychologically, as well as time by comparison to using traditional Family Court proceedings.

We empower you, by helping you understand the system, the options and the advantages and disadvantages of different options.

We have experience working with a range of experts in family law, meaning that when you need outside assistance, such as valuations or accountancy advice, we can engage professionals who best suit your individual circumstances.

PrevPreviousEverything you need to know about Spousal Maintenance
NextAre Overseas Marriages Recognised in Australia for the Purposes of Divorce?Next